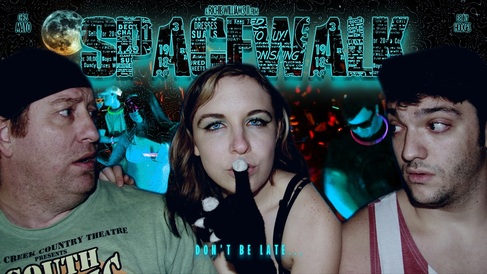 July 2015 - The only thing Mike (Chris Mayo) and Rod (Benny Hodges) have to worry about in their day is not being late to a party. Sounds very simple, right? Not for these two. The host of the party, Gator (Richard Williams II), is expecting a package from Mike and Rod. In the process of delivering the package, They bump heads while playing a game of disc golf and knock each other unconscious. They must somehow wake themselves up so they can continue on with the delivery. Can they do it? Will they be late? Let’s see if these two can survive this trippy dark comedy written and directed by Richard Williams II.

A little behind the scenes info about this film is the idea came from the uprising popularity of electronic music. Some of the music used throughout the movie has that electronic/EDM type of music. After doing some research attending different types of music festivals Richard Williams II incorporated a style to include in his first comedy movie he was in the process of writing. It took a little over a year of production to complete “Spacewalk”.

The movie has a couple party montages scenes. One of them had to take place in three different locations and two separate nights to accomplish. There was a DJ hired for the film shoot as well as other DJ equipment and lights to help pump up the actors and make it feel as real as possible. The different types of glow sticks and confetti bazookas alone cost production a couple hundred dollars. 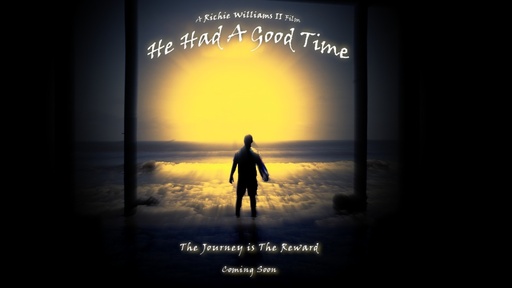 Click Image to View the Full Movie
July 2013 -  He Had a Good Time takes place inside of someone's mind as they escape reality. A young man (Richie Williams II) decides to go for a run after being frustrated with work. The movie has two points of views. The characters' and the characters' conscious/mind. This visual crafted film is a true work of art as it also makes the viewers escape to a world the character experiences. The film takes a deep root into nature, adventure and life itself.
The movie took a little over three years to complete. I traveled all over the country to capture these amazing shots. Some of the locations I shot for the movie were mostly from Texas, such as Houston, Galveston, and around the Hill Country in Austin. I used three different types of cameras for the movie. One being a typical HD handheld camera, which was right before I got my DSLR camera that I have now. Also I used a GoPro Hero 3 camera to get underwater shots and a first person point of view shots. The reason for the GoPro camera was to make the audience first hand see what it looked liked from the characters point of view. Even though this movie is fictional, but the shots were all real and so were the adventures I went on to craft this film. I wanted the audience to see how much fun it was making this movie as it was a blast for me making it. 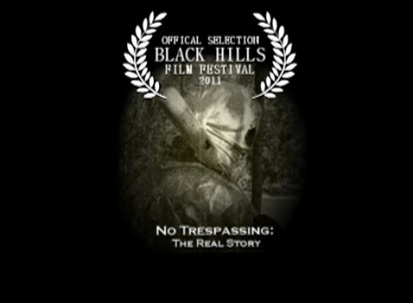 To watch the trailer click the image
January 2011- No Trespassing: The Real Story is a prequel to my previous short, "No Trespassing".  The movie is about a couple teenagers, Brad and Justin Wilson, (Bobby Horn and Chris Guy) documenting a project for school about what high school teenagers do on their free time outside of school. Meanwhile, as they're coming home one day, they come across a crime scene that involved a couple students from their high school brutally murdered. For their project, they decide to document about the recent tragedy. As they try finding and gathering clues they end up capturing the most bizarre and disturbing footage that later became evidence to local police detectives.
I originally made this movie as a project in my video production class at Lone Star College Cy-Fair. Then I decided to enter the movie in a couple film festivals and see if it could get accepted to some of them. I only sent the movie to a couple film festivals, since it was my first time entering a movie of mine into one. I actually had the movie accepted by one of the film festivals, which was The Black Hills Film Festival in Hill City, South Dakota. It was a huge accomplishment for me since it was my first acceptance by a film festival. I ended up driving all the way up to South Dakota with my friend/co-star, Chris Guy. It was an awesome experience, even though we didn't place. We still met a lot of interesting people and overall had a great time. 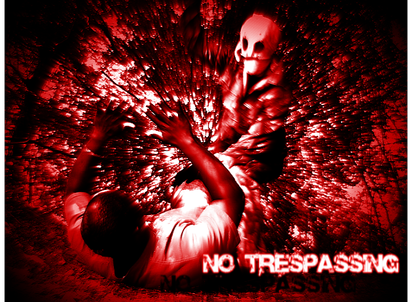 To Watch The Trailer Click on Image
May 2010- No Trespassing is a horror slasher movie I made for a project in my video production class. It's about three young adults(Chris Coates, Timothy Dixon, and Jules Adams Jr) on a road trip to Las Vegas, NV. On their trip they decide to take only county roads instead of interstate on the way to Vegas. They get lost and decide to ask directions at a local convenience store in the little town they were passing through. A local gives them directions and warns them to take the interstate instead of a near-by county road that had been closed. The reason why the road had been closed was after a teenage boy, Jerry Johnson, was brutally murdered 10 years ago . Since then the road had been haunted ever since.  With three young adults, breaking the rules is always a must. They decide to take the closed county road and immediately run into problems. Their truck breaks down, the nearest body shop is miles away from where there at, and no cell phone service to call for help. While their abandoned in the middle of no where the haunting legend of Jerry Johnson comes to life. The dream road trip the three had planned had turned into their worse nightmare.
This movie took me over a year to finally complete. I originally started shooting it when I was a senior in high school with a couple of friends of mine. We only filmed one days worth of footage and never had the time to film the rest of it. After high school and starting my first semester at Lone Star College I started rewriting the script to the movie. I wanted it to have a different aspect than most of today's Hollywood horror movies. So after months and months of getting the script the way I wanted it. I asked some of the people I worked with to be apart of my movie. Three months later, I finally finished filming the movie that took me so long to make. It was a huge accomplishment for me to finally have that pressure lifted off my shoulders.
Everyone wonders why I named my villain Jerry Johnson. To be honest, it happened as random as the name appears. I was texting my friend, Chris Guy, about what names would make a good villain name. Joking, Chris texted me the name Jerry Johnson. For some reason I thought the name was classic and told him that's the name were using. He didn't take me serious till I had wrote the name down in the script.
To check out the rest of my videos click here